A modest looking middle age man, dressed in white walked gently on to the stage. The stage, like the man, was frugal: no props, no music, no elaborate lighting. Just a small platform covered with white sheets and white pillows. At one corner of the platform were placed two steel water bowls for the artist to moisten his palate after a non-stop verbal performance and a peek daan. 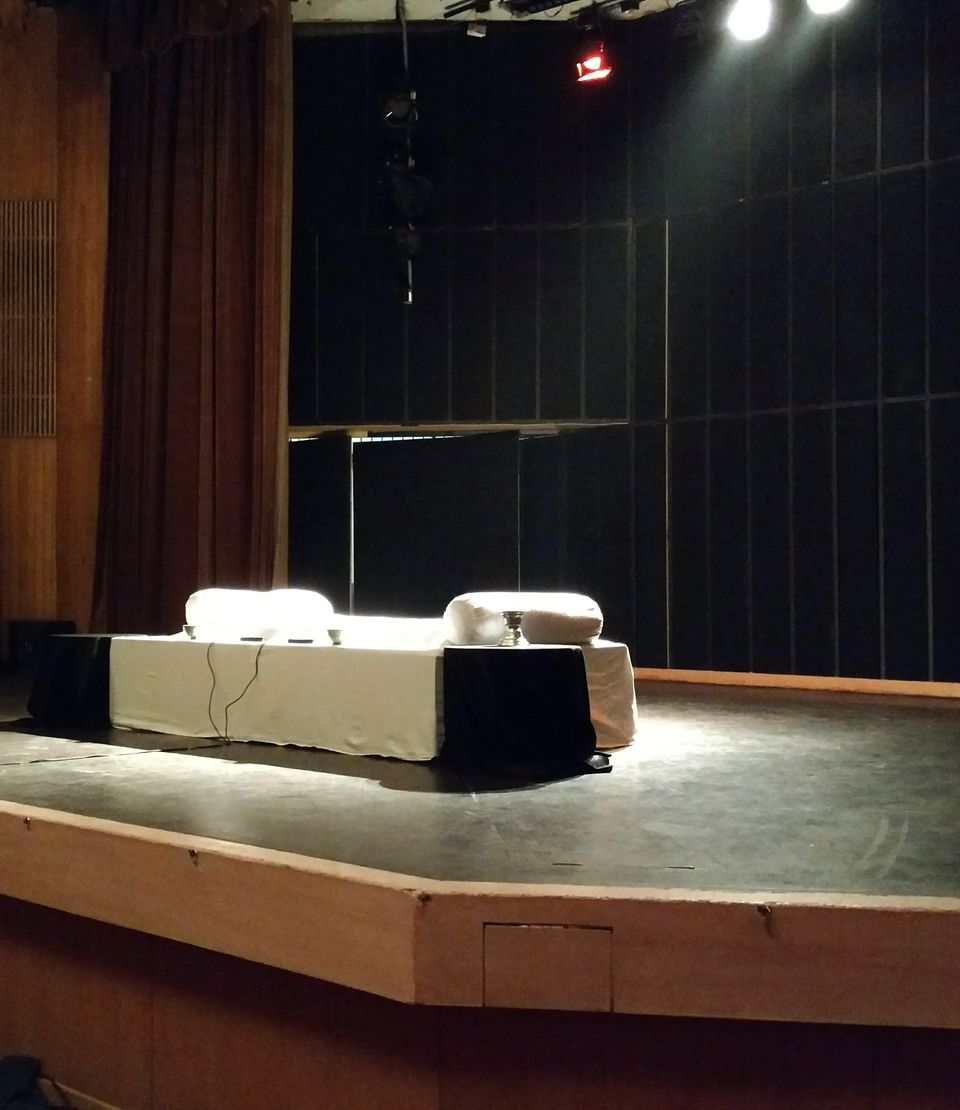 This was Mahmood Farooqui, a man determined to bring back to life and popularity the lost art of Dastangoi, storytelling based on medieval Urdu tales, and to pass this ancient art form on to future generations.

Today he was performing ‘Dastan-e Karn Az Mahabharata’ with the focus on Karna, the underdog of Mahabharat.

Karna, in this composition, is showcased as the underdog who is discriminated against because of his so called ‘low birth’. In spite of a life of suffering and discrimination, this warrior hero, stays firm on his ideals and honor. Thus when breathing his last on the battlefield of Mahabharat, with his head resting in Shri Krishna’s lap, when he asks Krishna whether he would be as famous as Arjuna, Krishna replies that Karna’s fame would last longer than Arjuna’s. 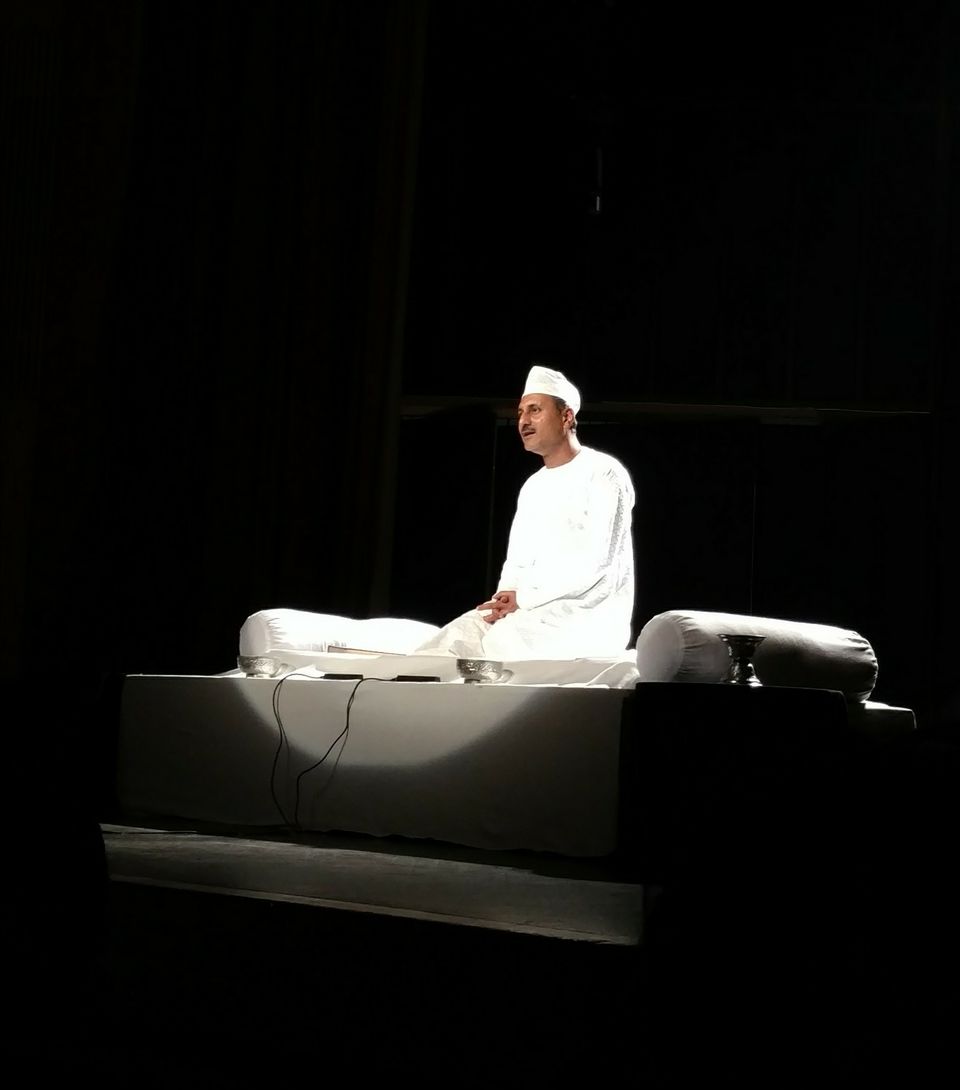 Mahmood Farooqui’s version of Dastangoi is a class in itself. It draws on syncretic traditions, seamlessly weaving age old issues of dharma, caste discrimination, power struggle, dirty politics played by the rulers for the acquisition of power and wealth- issues which are still relevant and perhaps more so in the current socio-political scenario.

Farooqui draws from oral traditions of Mahabharat, extracts of poetry in Hindi, Urdu and even Persian, Sanskrit shlokas and Quranic ayaats to reflect on the human condition and the issues related to Dharma and Karma. His composition is the mirror of a pluralistic art form where the barriers of religion and language break down to reveal a seamless weave of tapestry that is India.

His delivery is flawless, it flows on waves of passion, rising and ebbing with the content in a seasoned voice, the likes of which are heard only among senior classical and qawwali singers !!

Using only his oratory skills, Farooqui held the audience spell bound for ninety minutes, quite an achievement in these times of short attention span !!

Farooqui’s rendition of ‘ Dastan-e Karn Az Mahabharata‘, proves that the idea and idol of India as secular nation embracing all levels of diversity in its fold, as envisioned by the founders of our Constitution, existed long before our country’s Independence. It was always there in its pluralistic traditions, art and culture.

Detailed information about the Dastangoi’s team and future performances can be found on their face book page:

This work is licensed under a Creative Commons Attribution-NonCommercial-NoDerivs 3.0 Unported License.